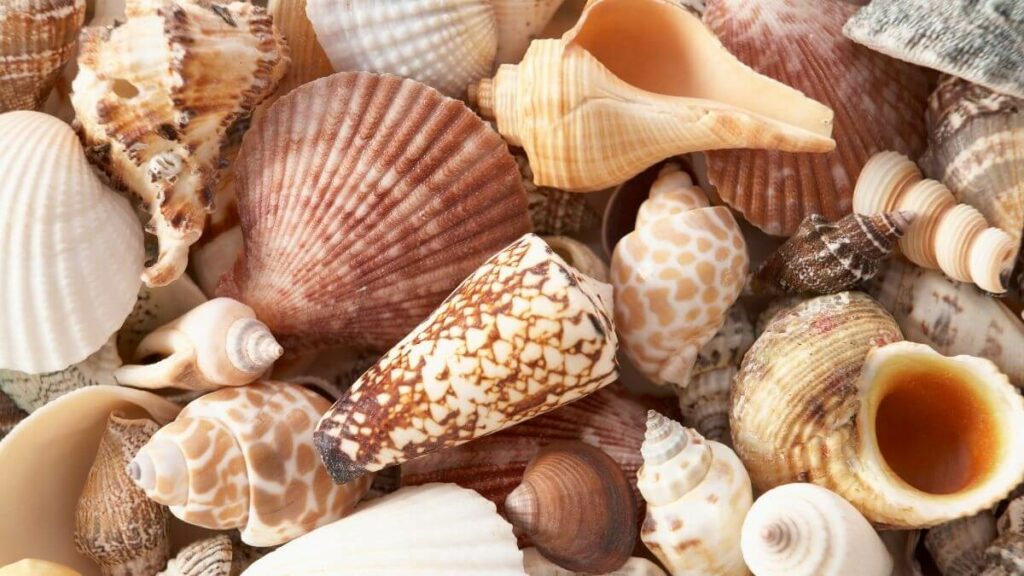 Wondering if you can go shelling in Puerto Rico? You’re in the right place.

Many people love to search beaches all over the world for unique treasures from the ocean.

Puerto Rico is a super popular destination but where is the best place to find seashells and sea glass in Puerto Rico?

Yes, there are seashells in Puerto Rico.

Whilst Puerto Rico isn’t known to be one of the world’s best shelling locations, you will still be able to find some interesting seashells here.

Particularly after a storm, seashells wash up on the beaches of Puerto Rico waiting for avid beachcombers to come and collect them.

You may struggle to find large and rare seashells in Puerto Rico but there are plenty of smaller, more common ones.

It’s not impossible to find rare shells though. Conch shells, sand dollars and murexes do show up from time to time.

So where are the best beachcombing spots in Puerto Rico?

Below I’ve listed the best spots and locations for shelling in Puerto Rico to help you find a range of interesting shells.

If you really want to find some seashells then these are your best bet.

One of the best places where you can go shelling in Puerto Rico is at Joyuda Beach which is situated on the west coast.

This beach is covered in seashells! Most of the shells that have washed up onto the shore are broken but you can find many whole ones if you look for them.

Another great location for shelling in Puerto Rico is Vieques which is a small island that lies just off Puerto Rico’s eastern coast.

You can find a variety of seashells on most of the beaches in Vieques.

One of the best beaches in Vieques for shelling is Playa Negra which is actually famous for having black sand (the sand is magnetic too!).

One of the best things about Playa Negra is that it is super quiet and never crowded. Not many people know about it so you’ll likely have the place to yourself if you choose to visit.

Other beaches in Vieques which are great for shelling include Esperanza Beach and Playa Grande.

Another great location for finding shells in Puerto Rico is at Isabela Beach, located on Puerto Rico’s northwestern coast.

Isabela Beach is great if you love finding shells and exploring tidal pools.

Another place where you can find shells in Puerto Rico is on Icacos Island which is a small, uninhabited island which lies just off the coast of Fajardo.

You’ll find lots of shells on the beaches of Icacos including conch shells.

Icacos Beach is the best spot so head there to do some shelling. The soft white sand is decorated with an assortment of small shells.

Another place where you can find seashells in Puerto Rico is on Culebra which is a small set of islands which lies off the eastern coast of Puerto Rico.

Culebra has great shelling opportunities and you’ll be able to find a variety of shells including conch shells.

One of the best beaches for shelling in Culebra is Tamarindo Beach where you can commonly find pink conch shells, Triton’s trumpets, murexes, banded tulips, amber pens and more.

Just take a walk along the shoreline and see what you can find! This beach is actually one of the best beaches in Puerto Rico for shelling.

Also check out Playa Larga where you can commonly find conch shells.

Another great place where you can go shelling in Puerto Rico is at Natural La Zanja, located on the northeastern most tip of Puerto Rico.

This area, which is part of the Las Cabezas de San Juan Nature Reserve, features a rugged coastline and a natural outdoor pool.

Check out the sorts of seashells you can find at Natural La Zanja in the video below:

Where to Find Sand Dollars in Puerto Rico

The best place to find sand dollars in Puerto Rico is on the northern and eastern shore beaches.

One of the best beaches in Puerto Rico where you can find sand dollars is Isabela Beach on the northwestern coast.

Sand dollars can also frequently be found on the beaches in Carolina.

Old San Juan is one of the best places to find sea glass in Puerto Rico.

The Aguadilla and Rincon areas on the western coast are also great for beachcombing.

The beaches here are filled with lots of different colored sea glass including red, orange, yellow, blue, lavender and more.

The seaglass in Aguadilla and Rincon is super abundant so you’ll have no trouble finding some.

There is also a popular beach on Vieques Island which is literally named Sea Glass Beach due to the abundance of sea glass that can be found there.

Can You Take Shells From Puerto Rico?

In general, yes you can take shells from Puerto Rico home with you but there are some important things to consider.

You cannot take any shells from beaches which are part of nature reserves. These are protected and you may get fined if you get caught.

Some travelers have also reported that conchs and other large shells have been confiscated by customs.

Here’s some handy tips on shelling that should help you find the best shells.

Whether it’s your first time shelling or you’ve been doing it for years, you might learn something useful.

Thanks for reading this post on shelling in Puerto Rico.

Hopefully this post gave you some tips if you want to try shelling in Puerto Rico so you can take home some special little treasures from the sea.

Did you know you can also swim with turtles in Puerto Rico?