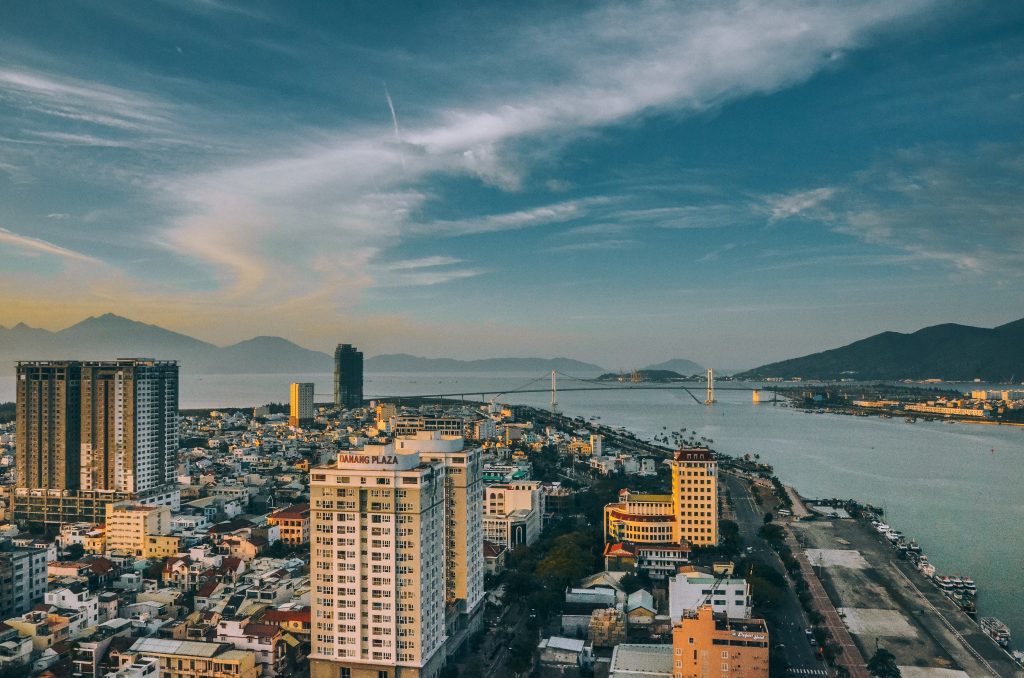 Spending a few days in Central Vietnam and want to make the most of your time? You have probably been struggling to choose where to visit – Hoi An or Da Nang?

Don’t worry. We have you covered. This post will look at both Hoi An and Da Nang to help you choose which is the best place for you.

The best part is that they are pretty close together so if you choose to base yourself in one, you can easily visit the other. Buses run between Hoi An and Da Nang every day, departing every 20 minutes and costing just $1!

There’s other travel options as well, I have a full guide on how to travel to Hoi An from Da Nang with more information.

Contents – Da Nang vs Hoi An

Overview – Hoi An vs Da Nang

Location – Hoi An vs Da Nang

Size – Hoi An vs Da Nang

Da Nang is a very large urban city in Vietnam. It is much bigger in size than Hoi An.

Da Nang also has a much higher population than Hoi An.

How Big Is Hoi An?

How Big Is Da Nang?

Which Is Cheaper? Hoi An or Da Nang

In general, there’s not much difference in cost between the two cities. Both are relatively cheap and you can get both a good hotel room and a nice meal for a very good price.

How Cheap Is Hoi An?

I have written a full pricing guide to Hoi An which goes into a lot more detail on costs in Hoi An. You can view this post here.

How Cheap Is Da Nang?

Which Has Better Things To Do? Hoi An or Da Nang

There’s plenty to do in both Hoi An and Da Nang. Hoi An has an older feel and you are able to explore the ancient old town which feels very authentic.

Da Nang is a modern city filled with high rise buildings and modern establishments. You can see some unique bridges, epic mountains, or enjoy a day at a theme park.

The old town of Hoi An is very walkable, located along the Thu Bon River. As you wander through the narrow alleys and streets, you’ll come across old buildings, historical monuments, stunning illuminated lanterns and so much more.

Top Things To Do In Hoi An:

You can’t really walk across Da Nang due to its size. Da Nang has a completely different feel to Hoi An, it’s filled with bright lights and modern high-rise buildings. Whilst you won’t really find old buildings here, you’ll find some incredible modern wonders.

Top Things To Do In Da Nang:

Which Has Better Beaches? – Hoi An or Da Nang

You’ll be able to relax on the beach in both Hoi An and Da Nang.

Whilst Hoi An does have pleasant beaches to enjoy, Da Nang definitely has the best beaches of the two. The beaches of Da Nang are often ranked amongst the world’s most beautiful and there’s plenty to choose from.

Hoi An only really has one main beach.

Beaches in Hoi An

An Bang Beach, Hoi An

There are a few other small beaches in Hoi An such as Hidden Beach but the majority of people will go to An Bang Beach.

Da Nang has a wider range of beaches compared with Hoi An. Da Nang beaches are known for their beauty, clean water and soft sand.

Which Has A Better Nightlife? Hoi An vs Da Nang

The nightlife in Da Nang is much more lively than in Hoi An.

In Hoi An, you’ll mostly find relaxed bars and the town has a very chilled vibe at night time. However in Da Nang, you’ll find lively bars, clubs and live music.

Bars in Hoi An also tend to close earlier than in Da Nang. In Da Nang, the party never has to end.

Nightlife in Hoi An

Mango Rooms is a favourite, their delicious cocktails are really popular.

If you’re looking for something more sophisticated, then head over to White Marble Wine Bar.

Novotel Skybar is an excellent place to grab a drink and that comes with some amazing views. Novotel also have a hotel attached which is a great place to stay.

Some other favourites include Luna Pub and the Waterfront.

Getting There – Hoi An vs Da Nang

Da Nang is easily reached from all over Vietnam (and the world) as it has an international airport and a train station with passengers arriving 24/7.

Hoi An is less easily accessible and you will have to go to Da Nang first then take either a bus or taxi to Hoi An.

Getting to Hoi An

Getting to Da Nang

Which Has Better Restaurants – Hoi An or Da Nang

Which Has Better Hotels? Hoi An or Da Nang

There’s a wide range of options when it comes to hotels and places to stay in both Hoi An and Da Nang.

Accommodation in Hoi An

In Hoi An, you’ll mostly find boutique hotels and homestays. There’s plenty of options to choose from so you’ll definitely find something that suits you.

The Four Seasons is a top choice as it’s super modern and is the best luxury hotel in Hoi An.

Some other great options include:

There’s also some excellent luxury resorts along the shores of Da Nang’s beaches.

Thanks for reading this guide which hopefully helped you decide where to stay in Vietnam.

The truth is that there is no right or wrong answer. Both Hoi An and Da Nang are wonderful destinations and you’ll have an amazing time in whichever one you choose to visit.

It’s also great to know that you can easily travel from one to the other so you don’t have to miss out.