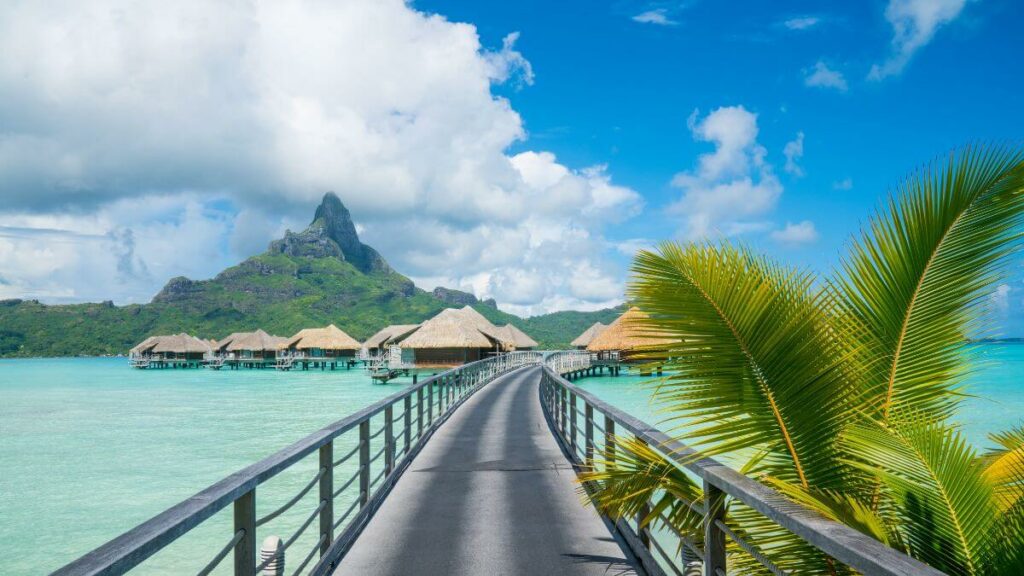 Wondering if there are mosquitoes in Bora Bora?

Mosquitos are super annoying and can be very dangerous so it’s always worth checking what you need to do before traveling somewhere new.

This ultimate guide to bugs in Bora Bora covers the types of insects you’ll find in Bora Bora and how you can protect yourself.

Are There Mosquitoes in Bora Bora?

Yes, there are mosquitoes in Bora Bora.

Depending on where you stay, you may find that there are a lot of mosquitoes in Bora Bora so you’ll want to make sure that you take a good mosquito repellent spray with you.

This one is my favorite as it has a high percentage of DEET which is proven to be the most effective against bugs.

According to the CDC, mosquitoes in Bora Bora can transmit dengue fever and zika virus and other diseases but these are rare.

Most mosquito bites will simply result in an annoying, itchy rash.

If you’re staying at one of the nicer resorts in Bora Bora, you have little to worry about when it comes to mosquitoes.

In these types of fancier resorts, mosquitoes are rare as the hotel staff regularly spray mosquito repellent all over the resort.

You’ll likely never even see a mosquito in one of these resorts!

Mosquitoes are also not as bad in the overwater bungalows compared to the rooms on land.

This is because these bungalows are away from the shore and mosquitoes tend to be found inland.

If you’re not staying in one of the fancy resorts or an overwater bungalow then you might want to take some extra precautions.

The non-luxury hotels don’t usually spray mosquito repellent regularly so more mosquitoes will be present and you may be bitten.

Additionally, if you plan on doing any inland treks or hiking, then make sure you bring some insect repellent.

You should also wear repellent if you leave your resort and head over to the main island.

Bora Bora’s airport is known as a hotspot for mosquitoes so I’d also recommend wearing repellent when you arrive and leave from here.

Which Time of Year is Worse for Mosquitos

If you visit Bora Bora during June, July and August, mosquitoes will be less of a problem.

This period is known as the dry season in Bora Bora and they get very little rain.

Mosquitoes tend to be worse during the rainy seasons which run from December until April.

During these months it’s more humid and it rains frequently which attracts more mosquitoes.

If you are visiting between December and April then bring some repellent.

Types of Bugs in Bora Bora

There aren’t a huge amount of bugs in Bora Bora other than mosquitoes.

You will sometimes spot a small sand fly known locally as the no-no but other than that the islands are relatively bug-free.

It’s great to know that there are no snakes or poisonous spiders in Bora Bora. You may see the occasional lizard though.

How to Prevent Bug Bites in Bora Bora

Bugs, like mosquitoes, can spread several diseases if they happen to bite you whilst you’re on vacation in Bora Bora.

Whilst dangerous diseases, like Dengue fever and Zika virus, are rare, they can happen so it’s worth protecting yourself.

At a minimum you’ll be left with an itchy red bite so it’s worth preventing it if you can.

Here’s some tips on how to prevent bug bites in Bora Bora:

You can also opt to stay at one of the fancier resorts which spray all of their rooms regularly with insect repellent to keep the bugs at bay.

These fancy resorts also have air-conditioning in the rooms and will provide you with a mosquito net if necessary.

What Type of Insect Repellent Should I Use?

Always use an insect repellent that contains 20% or more DEET. The higher the percentage the better.

DEET is one of the most effective ingredients and is proven to prevent bug bites.

It works against both mosquitoes and ticks.

If you want something that will definitely keep the bugs away then try this bug repellent which contains 40% DEET. You’ll only need a small amount and the bugs won’t even touch you.

Also look for an insect repellent that is EPA-registered. This means that the spray is proven to be both safe and effective for everyone, including pregnant and breastfeeding women.

The insect repellent mentioned above (this one) is EPA-registered.

Always apply your insect repellent after your sunscreen and reapply throughout the day.

In Bora Bora, make sure you apply insect repellent if you’re going trekking, hiking, traveling to the main island and also when you’re attending the airport.

You should also wear it regularly if you’re not staying in a large resort or an overwater bungalow.

How to Deal with Bug Bites

If you do end up getting bitten, don’t worry. There’s a few things you should do:

Thanks for reading this post on if there are mosquitoes in Bora Bora.

Hopefully you now know what to expect when it comes to bugs in Bora Bora and how to protect yourself.