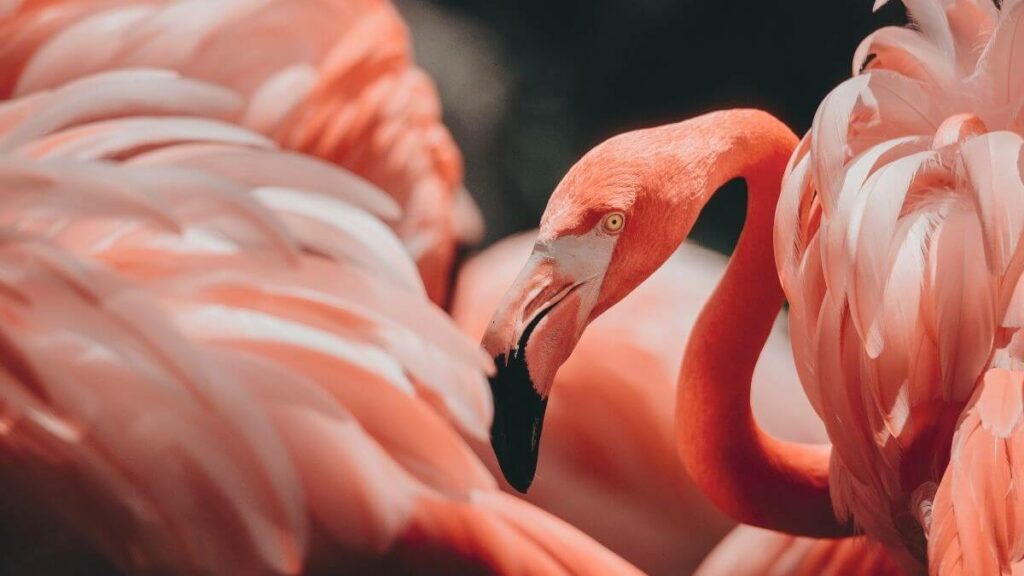 If you’re looking for somewhere to see flamingos in Sardinia then you’re in the right place.

Nothing can beat that amazing feeling of seeing a flamingo up close and personal in their natural habitat! Why not try it for yourself?

This post will tell you all of the best places to see flamingos in Sardinia and includes all the information you’ll need for a fun day out.

Does Sardinia Have Flamingos?

Yes, Sardinia does have flamingos.

You can see flamingos all over Sardinia with the largest concentration being found in the capital, Cagliari.

Sardinia is an ideal place for flamingos due to the abundance of large lagoons, lakes and shellfish (flamingos favorite food). All this makes Sardinia an ideal habitat for flamingos.

The best way to see the flamingos in Sardinia is by booking this flamingo electric bike tour in Cagliari.

This gives you the best possible chance of seeing flamingos as your guides will know the exact spots and locations where you can find flamingos without fail.

It’s also super fun riding the electric bike and is much quicker and comfier than walking.

Not many people know that Sardinia is actually one of the world’s best birdwatching locations, especially for pink flamingos.

In fact, flamingos have lived in Sardinia for centuries and have even become an icon of the island.

It’s something you just have to see for yourself if you’re visiting Sardinia.

To help you out, I’ve listed all of the best spots and locations where you can see flamingos in Sardinia.

The best place to see flamingos in Sardinia is at Parco Naturale Molentargius Saline which is a natural park located in Cagliari.

This 1,600 hectare park is a haven for wildlife, especially the thousands of wild flamingos who live and feed in the expansive lakes which form part of the park.

Another alternative for those looking for something less active is this flamingo segway tour which is perfect as you can cover ground really quickly with minimal effort.

I’d recommend booking a tour as the park is 1,600 hectares so your experienced guides will take you straight to the best spots where you can see flamingos.

The best place within the park to find flamingos is at the Bellarosa Major pond as this is one of their favorite nesting sites.

The Monte Urpinu panoramic viewpoint is also a fantastic spot where you can get an incredible view of the flamingos from above.

If you like birdwatching then you’ll also be able to see a wide range of other birds at this park including ​​several different duck and seagull species, western swamphens, coots, kingfishers and more.

Another great reason to visit this park is that it is free! There is no entrance fee.

You can see flamingos at any time of year in Cagliari.

This is because there is a resident population of flamingos here and they persist all year round.

The best time to see flamingos in Cagliari is actually early summer, especially the first few weeks of June, as this is considered ‘flamingo season’.

This is when the flamingos lay their eggs and nest and is usually the period when there are the most amount of flamingos present.

Don’t worry if you’re not visiting during this time though as flamingos can be seen in Sardinia easily all year long.

The best time of day to see flamingos in Cagliari is either early morning or around sunset as this is when the birds are most active.

During these times is when you’ll get the chance to see the flamingos flying from one pond to another in search of food. This beautiful flight is known locally as the ‘pink mist’.

You can easily see them at any time of day though so don’t worry if you can’t make it for these times.

Another place where you can spot pink flamingos in Sardinia is in the former fishing village of San Teodoro.

To see the flamingos head over to the nearby turquoise lagoon which is home to a large population of flamingos. The most popular way to explore this lagoon is by boat.

It also features stunning views of the nearby mountains and countryside and has the bluest waters you’ll ever see.

This spot is great for people who love both culture and nature as they host a festival every year in September.

The flamingos are actually seen as a symbol of good luck and positivity which is why they play a huge role in the festival.

Please note that the flamingos of San Teodoro are only present during the summer months from July to September.

If you visit any later that September then you may not be able to see them.

Another great place to see flamingos in Sardinia is in the beautiful city of Oristano which is located in the central-western part of Sardinia.

Head out into the marshlands where you’ll find several hundred (if not thousands) of pretty pink flamingos who live in the area.

Several rivers drain onto the plains which surround Oristano which has created a network of freshwater marshes and lagoons which provide the perfect habitat for flamingos.

The best lagoons and ponds for spotting flamingos in the Oristano area are the ponds of  S’ena Arrubia, Stagno di Cabras, Stagno di Mistras and Stagno di Santa Giusta.

One great thing to note about this location is that you can see the flamingos here all year round, even in winter.

Check out the video below which shows a huge flock of flamingos in Oristano taking flight:

One of the best beaches with flamingos in Sardinia is Poetto Beach which is the main beach in Cagliari.

This long beach stretches for 8km and offers stunning views of the deep blue ocean.

Poetto Beach is backed by two ponds, the Stagno di Molentargius and the Stagno di Quartu, where the pink flamingos can be spotted. You can see them right from the beach itself.

The beach has tons of amazing facilities including beach bars, restaurants, water sports, a marina, a fair and more.

Another place where you can see flamingos in Sardinia is at Stagno di Sale ‘e Porcus which is a small lake on the central-western coast of Sardinia.

This lake serves as a nesting site for many bird species including pink flamingos, shelducks, cranes and purple swamphens.

During the summer, due to high temperatures, the lagoon can completely dry out and this reveals a thick layer of salt.

Another place where you can see flamingos in Sardinia is at Stagno di Casaraccio which is located in the Stintino region on the northwestern point of the island.

This is another great place to spot flamingos in Sardinia as this area features a large saltwater lake. You can see flamingos at many points across this expansive lake.

The lake is also home to many other animals including the purple heron, little bustard, great egret, little egret, spoonbill and kingfisher species.

Another place where you can see flamingos in Sardinia is in the city of Olbia which is a coastal city located in northeast Sardinia.

This beautiful city is well-known for its medieval basilica and cafes dotting its many central squares.

Flamingos can be spotted here in the area of Poltu Quadu in the Gulf of Olbia.

Another place where you can see flamingos in Sardinia is at Stagno Sa Curcurica which is a small lake in Orosei located on the upper eastern coast of Sardinia.

This beautiful lake features vibrant turquoise waters with a scenic backdrop of the nearby steep hills covered by pine forests.

Many different types of wildlife call this lake home including flamingos (of course), little egrets, herons, kingfishers and more.

The lake also provides refuge for the green toad, the Sardinian tree frog and the water tortoise.

​​Another great place to see flamingos in Sardinia is in the Bay of Chia which is located on the southern tip of the island.

There are several beaches which surround the Bay of Chia, all with soft white sand and crystal clear waters.

At the back of the main beach area is an expansive lagoon and this is where you’ll find the pretty pink flamingos.

One advantage of the lagoon of Chia over other locations is that the flamingos can be seen all year even in winter.

Tips For Flamingo Spotting in Sardinia

To ensure the flamingos remain safe and you get the most out of your trip, there’s a few key things to bear in mind when seeing them in Sardinia.

These key tips protect both you and the flamingos.

To get you prepared for your trip to Sardinia where you’ll hopefully see some beautiful flamingos, here’s some fun flamingo facts.

Thanks for reading this post on where to see flamingos in Sardinia.

Flamingos are an icon in Sardinia so if you’re visiting then seeing flamingos definitely has to be on your list of things to do.

Nothing beats seeing these glorious flamingos in their natural habitat.