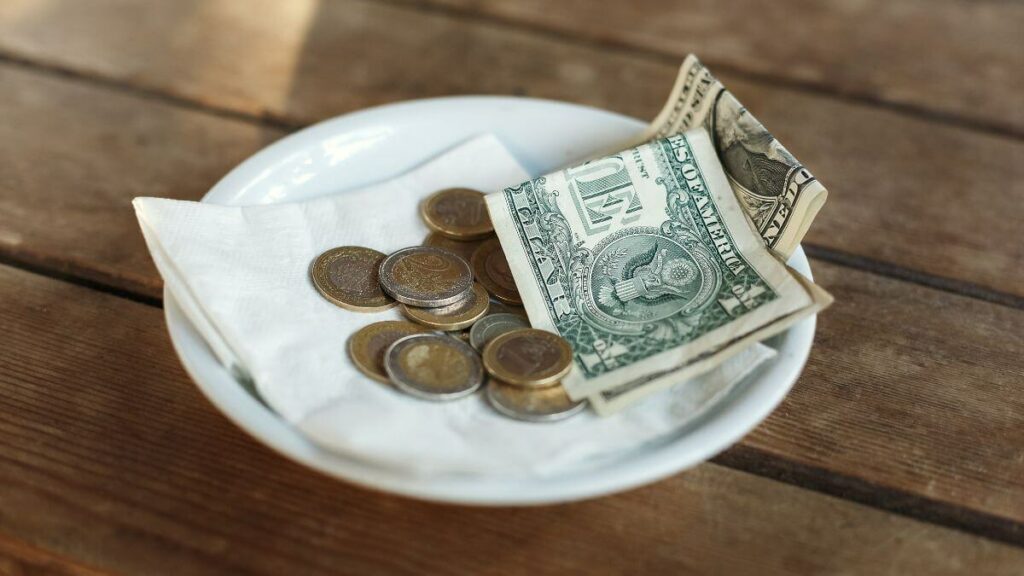 If you’re visiting Bora Bora soon then you might be wondering ‘how much should I tip in Bora Bora?’

You’re not the only one. That’s why I’ve put together this complete guide on tipping in Bora Bora which covers if you should tip and how much.

The first thing to know is that tipping isn’t customary in Bora Bora so you won’t ever be expected to leave a tip.

Of course, if you happen to receive fantastic service and want to leave a tip then the staff would be very appreciative of the tip.

As a general rule, you should only leave a tip if you feel like the staff have gone above and beyond to make your meal or tour memorable.

It is not customary to tip in restaurants in Bora Bora.

It’s worth noting that most restaurants in Bora Bora include a 20% service fee in their listed prices. These charges are normally distributed amongst the staff.

For this reason, most people don’t leave tips in restaurants (as it’s already been factored in).

Of course, if you really want to, you can leave a tip but you definitely don’t need to.

Service staff receive full salaries in Bora Bora so are not dependent on tips like American workers.

I actually wrote an entire guide on food & restaurant prices in Bora Bora if you want an idea of how much you’ll spend.

Do you know the drinking age in Bora Bora?

It is not customary to tip hotel staff in Bora Bora.

Hotel staff, including porters, cleaners etc, are also paid a full salary so are not dependent on tips.

If you really think that someone’s service was outstanding then a tip would be a fantastic gesture but staff will never expect or require a tip.

Additionally, some hotels do include a service charge on your final bill so there would be no need to tip.

It is not customary to tip taxi drivers in Bora Bora.

It’s definitely not required but is always a welcome gesture.

💡Tip: Rounding your fare up to the nearest dollar is a great gesture.

It is not customary to tip tour guides in Bora Bora.

Tour guides are also given full salaries so don’t depend on tips.

How Much to Tip in Bora Bora

If you do decide to leave a tip in Bora Bora, there is no standard amount that you should tip.

Similar to Europe, you can just tip whatever you feel is deserved based on the service you have received.

You would normally only leave a tip in Bora Bora if the service received was beyond expectations and truly outstanding.

Thanks for reading this post all about Bora Bora tipping and how much to tip in Bora Bora.