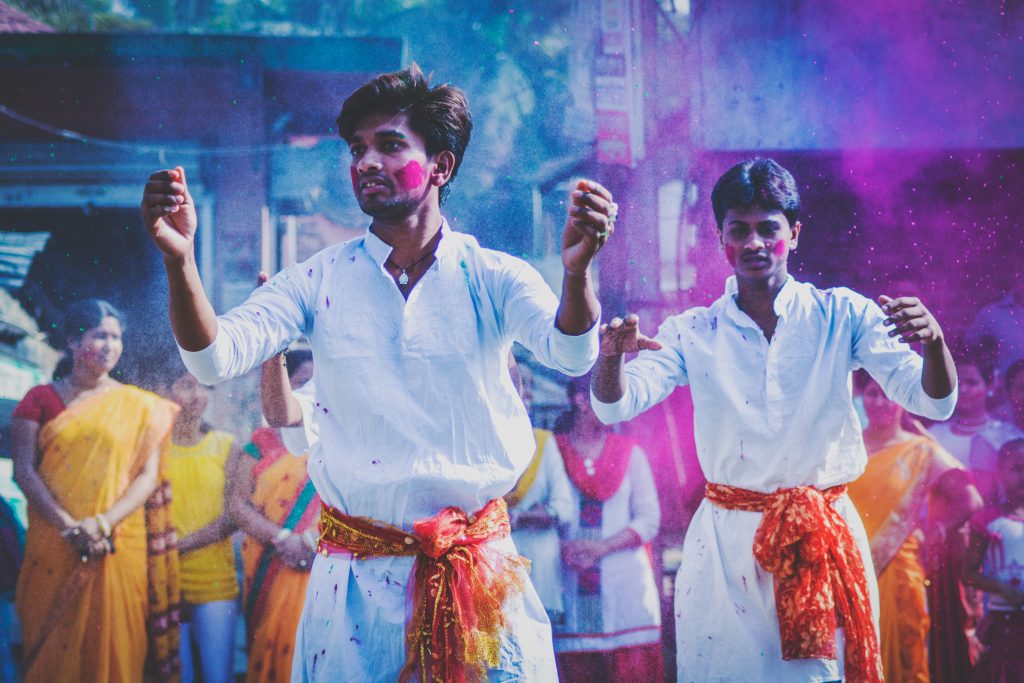 My first full day in India – I woke up in my new home with my homestay family and spent the morning learning about Indian culture. It was really interesting and so different to what I was used to back home. Read on to find out what I learnt – including Hindi, religion, marriage and more.

Waking Up For The First Time In Delhi

Today was my first full day in India. I woke up at around 9am. Tasha had been up since 6am (jet lag) so she woke the rest of us at 9. She told us that really early in the morning she had been sat up on the balcony on the 3rd floor and she had seen monkeys jumping around on the street! I was really surprised at first as I’d never seen monkeys in real life outside of a zoo, however I became quite accustomed to seeing them after a while as they were all over the place in India. She had contemplated waking us but decided to let us get some rest. We didn’t need to worry though as we’d soon be seeing a lot more of monkeys, they seemed to be on every street corner.

This week was the first day of our orientation week. The company IVHQ, who we were volunteering with, offered this to help volunteers learn more about India and the culture. It was really useful and helped us all settle in. It was a full week where we were taken around Delhi to see the sights, taught about Indian culture and learnt some basic Hindi too.

The first session of the day was taught by Ananta who worked for IVHQ. It was all about Indian culture and society. It was really interesting.

What We Were Told In Our Lesson:

The family we were staying with were a Hindu family. Before this trip, I hadn’t really learnt much about Hinduism however by the end of the session I knew a lot more. Hinduism is a very old religion, it originally began in 1500BC and 80% of people in India are actually Hindu.

There are other religions in India too – about 15% of people are Muslim, 3.5% are Christian and 1% are Buddhist. It was so interesting to hear that there are also some sub-religions in Hinduism – Mai, Sikhism and Jainism.

My learning of Hinduism continued as I learnt that Hindus believe in multiple gods, karma and re-incarnation. I’d never really been a religious person but it was super interesting to hear about what other people believe.

Coming from England where everyone speaks the same language, it was interesting to hear that 19 different languages are spoken in India. The most widely spoken languages here are Hindi and English but there are also so many different dialects in different areas of the country. We were also told that around 75% of people in India understand Hindi.

It was also intriguing to learn about the different castes in India – this is essentially a class system. From what I could tell, some people in India consider castes very seriously and it would be quite uncommon to marry someone of a different caste.

Indian marriage was also something that I was excited to hear about as I’d always loved the look of Indian weddings – so bright and colourful. It was fascinating to hear how different marriage is in India compared to England. In fact, most people in India (75%) still have arranged marriages. The bride and groom are matched by their families on many different aspects including religion, education, caste and even skin colour. Only 25% of people in India have love marriages. However, the divorce rate is very low in India at just 0.5%. This did make me wonder why it was so low.

After this culture session, we had our first Hindi language lesson. Today we mostly just learnt some basic phrases to help us get around but even these made me feel a lot more like a local. Here’s some basics:

It was just a basic lesson. Ananta would write the words out on a whiteboard in front of us and we would all just copy them down into our notebooks. He would then run through the pronunciation for us. That concluded our morning – an educational adventure. I now felt a lot more equipped to go out into the city with a few basic phrases and a better understanding of Indian culture.

Now for the real adventure.

Click here to read about my experience of getting henna in India and visiting a night market for the first time! It involves dodgy henna and a broken down rickshaw!